The primary way that Concourse jobs will be triggered to run will be by resources changing. A git repo has a new commit? Run a job to test it. A GitHub project cuts a new release? Run a job to pull down its attached files and do something with them.

The difference is in the job build plan where triggering is desired.

By default, including get: my-resource in a build plan does not trigger its job.

To mark a fetched resource as a trigger add trigger: true

In the above example the job-demo job would trigger anytime the remote resource-tutorial had a new version. For a git resource this would be new git commits.

The time resource has intrinsic purpose of triggering jobs.

If you want a job to trigger every few minutes then there is the time resource.

Now upgrade the hello-world pipeline with the time trigger and unpause it.

This adds a new resource named my-timer which triggers job-hello-world approximately every 2 minutes.

Visit the pipeline dashboard http://127.0.0.1:8080/teams/main/pipelines/hello-world and wait a few minutes and eventually the job will start running automatically. 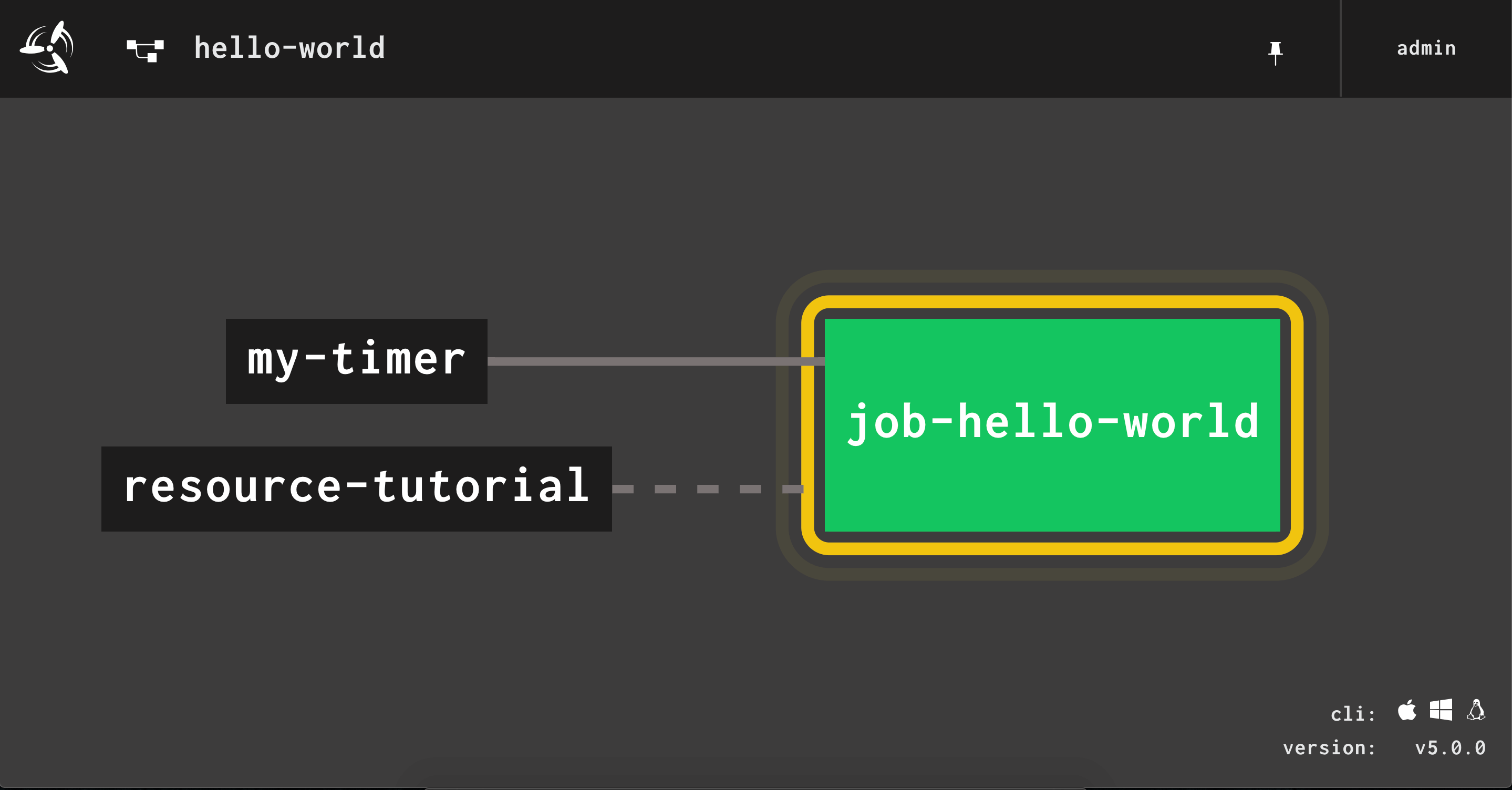 Why does time resource configured with interval: 2m trigger "approximately" every 2 minutes?

"resources are checked every minute, but there's a shorter (10sec) interval for determining when a build should run; time resource is to just ensure a build runs on some rough periodicity; we use it to e.g. continuously run integration/acceptance tests to weed out flakiness" - alex

The net result is that a timer of 2m will trigger every 2 to 3 minutes.